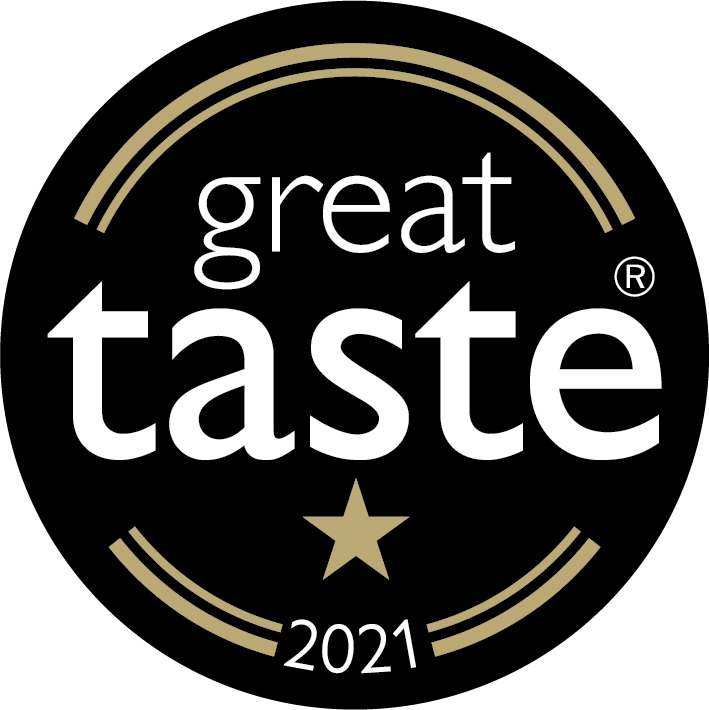 The Jar House Beer Bread mixes picked up another Great Taste Award this year! For our Garlic and Parmesan Mix, you will see the prestigious logo added onto our packaging so you know our product is Great Taste accredited from the Guild of Fine Food!

Great Taste is the world’s largest and most trusted food and drink awards.

Food and drink is put to the test with a panel of over 500 experts of chefs, buyers, food writers and retailers.  Great Taste stars are highly respected seals of approval

“Looks great. Rustic, golden brown with a fabulous aroma. Cuts beautifully. The crumb resembles a soda bread. Great crumbly texture. Soft and squidgy with a great umami nose. The crust is crisp and the crumb offers up a wonderful texture with an edge of bitterness which is coming from the beer and also the baking soda. This is delicious and a great idea!” 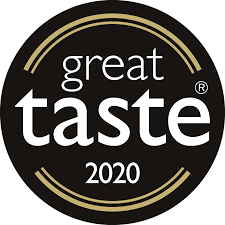 The Jar House Beer Bread mixes picked up TWO Great Taste Awards this year! You will see the prestigious logo added onto our packaging so you know our product is Great Taste accredited from the Guild of Fine Food!

Great Taste is the world’s largest and most trusted food and drink awards.

Food and drink is put to the test with a panel of over 500 experts of chefs, buyers, food writers and retailers.  Great Taste stars are highly respected seals of approval

‘As the instructions dictate , we literally poured the ingredients into a large mixing bowl, measured the beer and mixed well to combine. This fun to make kit is so simple to create and would be ideal for a crowd or barbecue. An original baking mix that achieves a fully risen loaf with a crisp and well developed crust. The inner crumb was moist and light and had a pleasing flavour of deep malty notes finishing with a good balance of chilli.’

‘A unique and simple to make kit that combines well with a bottled beer to create a smooth, lump free dough. As instructed we baked the loaf for approximately 45 minutes and produced a well risen loaf with a crisp golden crumb. The recipe kit would be great for a party or to feed a crowd and the loaf is best enjoyed fresh from the oven after it has cooled slightly Deep malty notes from the added beer.’

Virgin Trains’ Hop on Board beer is proving to be an important ingredient in the rise of a bread-baking business in the North East.

Claire Bowes Fairless was inspired to bake with the Yorkshire-brewed tipple when she tasted it after visiting one of Virgin Trains’ popular monthly Pop Up Shop events for small businesses at Darlington station on the east coast route.

Family-run business, Jar House, which sells bread and bread-baking kits say that their beer-inspired loaves are now best sellers and have attracted orders from across the UK.

They will be teaming up with Virgin Trains for the latest Pop-Up Shop event tomorrow at Darlington station where customers buying her beer-inspired bread can get a free bottle of Hop on Board ale as part of a special promotion.

Claire, who is from Middlesbrough, said: “There has been a boom in hand crafted beers and micro pubs while the British public love baking bread, not least following the phenomenal success of the TV show The Great British Bake-off.

“I’ve always liked to buy a beer from the places I visit – and I’ve found that bread tastes best when you bake it with a bottle of beer!

“When Virgin Trains’ staff at Darlington told me that the company serves its own Hop on Board beer on-board its trains, I thought I would see how this tasted when baking a loaf – and they’ve proved so popular that I’m now going to launch a range of ‘beer biscuits’ and cookie-making kits.

“The Pop Up Shop events are very popular with my customers and it’s great that a big company like Virgin Trains is helping small companies like mine. It’s even helped by sending orders on its trains as far as London and Edinburgh.”

Jennie Pitt, Employee Engagement & Corporate Responsibility Manager for Virgin Trains on its east coast route , said: “Since launching our Pop Up shops last year, we’ve helped support dozens of local independent retailers by offering them a market stall environment within busy train stations, such as Darlington and York, where they can interact with thousands of potential customers.

“We’re delighted that our Hop on Board beer has risen to the challenge of helping Claire’s business grow.”

This site uses cookies. By continuing to browse the site, you are agreeing to our use of cookies.

We may request cookies to be set on your device. We use cookies to let us know when you visit our websites, how you interact with us, to enrich your user experience, and to customize your relationship with our website.

Click on the different category headings to find out more. You can also change some of your preferences. Note that blocking some types of cookies may impact your experience on our websites and the services we are able to offer.

These cookies are strictly necessary to provide you with services available through our website and to use some of its features.

Because these cookies are strictly necessary to deliver the website, you cannot refuse them without impacting how our site functions. You can block or delete them by changing your browser settings and force blocking all cookies on this website.

We also use different external services like Google Webfonts, Google Maps and external Video providers. Since these providers may collect personal data like your IP address we allow you to block them here. Please be aware that this might heavily reduce the functionality and appearance of our site. Changes will take effect once you reload the page.